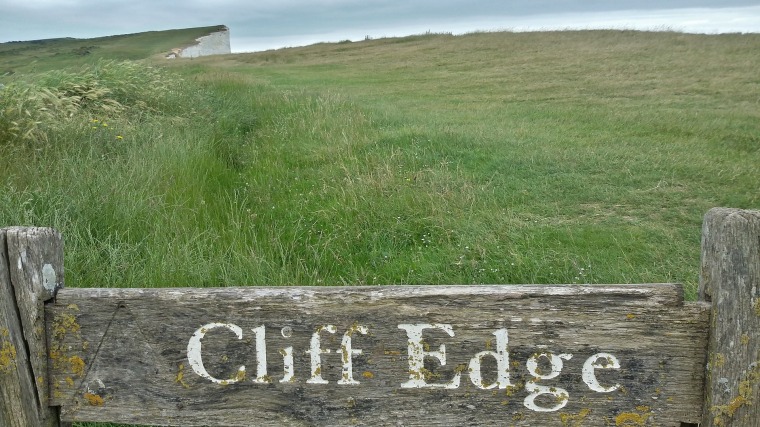 Who would be an MP this week? The pressures on Parliament are colossal, the consequences of their decision unknown, party loyalties are breaking down, the government whip is in tatters, the Speaker is making decisions on the hoof. Journalists seem to be struggling to know how to report it (except for the exceptional Brexitcast), which means the public cannot comprehend what is going on. Are we in similar territory to 1940 (the final 15 minutes of the film Darkest Hour make interesting viewing in this context), or is this more 1974, or perhaps 1931? It is certainly in the same league as these other seismic moments in British politics. The tectonic plates are shifting. No one knows who will be left standing after the shocks subside.

In the context of all this noise, a decision has to be made. Is it betraying the wishes of the British people to pass Mrs May’s agreement? It is a convoluted ‘dog’s Brexit’ of a deal. The backstop is a nightmare if we end up in it, and it will require the EU to demonstrate a great deal of good will if it is not to cause uproar in British politics. We could be tied into a customs arrangement that could run for years, while goods made in Northern Ireland will carry a UK(NI) label, effectively differentiating Northern Ireland from the rest of the UK. Northern Ireland would be more closely tied to the EU than the rest of the UK under the backstop, a situation that might be tolerated as a necessity for a year, but could have untold consequences in the venomous politics of Northern Ireland. Many see this all as a ploy to tie the UK to the EU long enough for a remain-friendly government to come along and lead us back in, in which scenario we would then have to sign up to the Euro and Schengen, and a bigger budget contribution. The Withdrawal Agreement has a lot to be said against it.

On the other hand, it is only the Withdrawal Agreement. This often gets forgotten, but it is not our long-term relationship with the EU. It could cease to apply as soon as January 2021, if both sides get on with negotiating the long-term relationship. The Withdrawal Agreement contains some good measures, such as the rights of EU and UK citizens to residency, how the jurisdiction of the ECJ comes to an end in the UK, how we leave Euratom and the European Investment Bank, and so on. If we throw these achievements away, think of the attrition this would cause in UK/EU relations. Above all, by voting it down by two catastrophic margins, the UK has registered in no uncertain terms that it is a bad deal, but if no-deal is not available we have to hold our noses and go for it. Our only hope of a no-deal is that some EU state (Lithuania?) or the EU Parliament might yet veto the deal and reject any article 50 extension, in which case no-deal comes back into play. On balance, I think this deal is better than no Brexit, and if no-deal is not available, MPs should vote it through.

That leaves us some much bigger questions to ponder. First, how on earth did we end up in this crouch? The way the UK has handled these negotiations has been dreadful. We should never have submitted to the EU timetable that delayed the meat of the agreement until we had sorted the bill, citizens’ rights and the Irish border. We should have insisted on what everyone knows, that if DPD can deliver a parcel to my door that I can track on the internet, then the technology exists to operate an open border in Ireland (and indeed in Dover) without border guards and fences. This is something the European Parliament admitted long ago.

The whole process of leaving the EU is laughably complicated and stupid. After two years of talks, all we have agreed is a Withdrawal Agreement, a document long on white space and rich in putting the obvious into legalese. We have not even started talks on the trade deal that will make the backstop obsolete! Why on earth not? What could possibly have been wrong with several parallel tracks of talks to agree each area? The trade agreement talks might even have finished first, and all this misery could be over. And remember, this was all new territory for the EU, so there was no precedent to follow, no established way of working, not even ‘the sketch of a plan’ before we voted leave. It was all cooked up after the referendum to be as awkward and possible, in the hope that we might change our minds and come running back, maybe holding that second referendum as the Irish did. Indeed, in less politically correct times we might have said that the whole process was ‘all a bit Irish’, because Ireland gained a prominence and leverage that was all too convenient.

Another problem has been Mrs May’s Messiah complex. She has concentrated the process in No 10, bypassing David Davis and his successors. I wonder why. Is it because she finds it hard to entrust the hard work to others? She must be the one who brings home the deal. She has some striking similarities with American President Woodrow Wilson. He came back from the peace conference in Versailles in 1919, convinced that Congress should pass it into law. He saw himself as the architect of a great peace and that the treaty was the work of ‘the hand of God’, even though it divided the spoils among the European victors’ empires rather than pursuing his ideal of self-determination. But Congress rejected Wilson’s treaty, perhaps because he had never kept channels open with them through the whole process of negotiation. What he achieved in Europe died in Congress. Had he carried Congress with him, the peace deal might have been fairer, and World War Two might have been avoided. The parallels should not be pressed too closely with Mrs May, but she does have only herself to blame for failing to involve the UK Parliament, and the devolved assemblies, in her process. Had she allowed them to have key indicative votes throughout the process, the EU would have known what would fly and what would sink. Instead, she has allowed us to look divided and shambolic, while a clique of Brussels bureaucrats hold the trump cards and smile to themselves. Even now, on the third ‘meaningful vote’, we could strengthen Mrs May’s hand by sending the WA back to the Brussels summit with an explicit amendment: if the backstop is to last longer than a year, the UK and EU Parliaments must be able to vote to approve any extension, and for a fixed term of a year at a time.* Send that into the Brussels summit on Thursday, and Parliament has strengthened her hand. Let the EU leaders respect Parliamentary government.

Does that risk No-deal? Maybe, though the EU hates the idea. We are prepared and stand to gain a great deal. There has been so much talk of the no-deal ‘cliff-edge’, though whenever I have heard a politician say that, the interviewers never ask them to specify what that cliff-edge entails or what exactly we have to fear. No one spells it out, because I suspect we will trade with the EU much as we trade with China, India and Brazil – successfully!

However, there is another Brexit precipice that really scares me – the political precipice of no Brexit. Last week I heard an interview with Iain Duncan-Smith by Peter Hennessey. As the polls were about to close on Referendum Day, Duncan-Smith had given up hope of winning, when he called his election agent in Chingford. He told him that on the council estates people were queuing to get into the polling stations. People were being introduced to a polling booth who had never voted before. It was the first indication of a political earthquake. If we pass this off as ‘a freak snapshot of public opinion’ (as some remainers have), I am concerned about what people will do. This plays into the hands of extremists, and there are some horrible political alternatives out there. People give in to racism when they think they have been ignored. I will never vote for a racist party ever. I wish I could be as confident of the public as a whole. If you look at the steps that took Spain into civil war in the 1930s, or Northern Ireland into the troubles in the late 1960s, we are not that many steps from an equivalent danger. The fabric of our political life is close to threadbare. At a time when we should be charting a course for a post-Brexit future where we can shape our own industrial, employment, agriculture, fisheries and most of all trade policies, we lack any real leaders. Pushing continued membership of the EU will play into that leadership vacuum, and I fear that might precipitate some people into desperate political alternatives. May God spare us from such a catastrophe.

*Addendum. 18/03.19 18:15. In the light of Mr Speaker Bercow’s ruling that a meaningful vote must be different from previous motions to be permitted by the Speaker, this amendment might be a way out of its ever deeper bind for the Government.

Image by LoggaWiggler from Pixabay

Could this be a very different kind of general election? Has the ground shifted in British politics? I really don’t know. But as we embark on yet another election campaign, I long to see a different agenda take hold in British politics. Here are seven things I would love to see in this election:

1. A new debate about human rights. So much of the agenda of the past twenty years has been about human rights, tied to the equality agenda, which is really a political correctness conformist agenda. The Human Rights Act 1998 has enshrined the European Convention of Human Rights in UK law, but whether this has ever done anything to extend the concept of human rights is debatable. Many of the rights stated have existed in English law for hundreds of years. The Human Rights Act has done a lot for prisoners’ rights, and has made the job of the prison service much worse, even though we were not a brutal prison regime pre-1998. Also, foreign nationals so often don’t get deported at the end of their sentence because they have a right to a family life and their new girlfriend and baby conveniently lives in Britain. The Human Rights Acts has certainly advanced the LGBT community’s rights, because the focus has been on the more fashionable, politically correct rights of self-expression and identity, while it has failed to guard the most basic right of all, the right to life. In fact, the right to life is being steadily eroded. An unborn child can be destroyed simply because it has Downs Syndrome, and that can happen right up to birth. We would not do that to someone disabled at some point in their life, so why would we do that to someone who has a genetic abnormality that does not prevent them from enjoying a full, educated and integrated life in the community. Please can we have a debate in this election on the human right to life. If we did, it would be a massive change to the political agenda, but it is the most precious right of all.